Mosul is only an hour away from the Kurdish-Iraqi capital Erbil. In Erbil we pass the amusement park, the shopping malls and the hustle and bustle on the streets. Kurdish flags are waving at the checkpoints towards Mosul. The checkpoints are staffed by Peshmerga. Then comes the last Kurdish checkpoint, from where you can already see the closest Iraqi flags. It’s like a border crossing. You need different visa, different languages are spoken, different soldiers, different administration. Then we are in the suburb of Mosul. Almost six years after I was here for the first time. I was in roughly the same place in June 2014, shortly after ISIS had taken large swaths of Mosul.

After the Iraqi army almost imploded in 2014, the Iraqi government promoted the „Hashd ash-Shaabi“, also called „PMU“ or „People’s Mobilization Units“. The nation should register, arm and fight. Many Shiite militias registered, who are often in contact with Iran. They are now tens of thousands strong and control large parts of Iraq. Mosul is one of the cities in which the Iraqi army, Iraqi police and Hashd ash-Shaabi can be found, but in which the „Hashd“ calls the shots. Places where no journalist has been for months or years.

In Mosul we drive past collapsed houses, mountains of rubble, bomb craters and bent cars. It’s like having landed on another planet. A woman with a child runs past and stares at me. Men in the taxi wave embarrassed, policemen watch me for a long time. They have no more an idea what to do with me than I how to deal with the whole situation. When did our world break apart? We stop at a debris field and look at another mountain of reinforced concrete. „That was the mayor’s office,“ explains a Hashd ash-Shaabi man who knows the area. His voice is neither sad nor happy. It is simply conveying information, such as „Central Station, the line ends here„. Everyday life for him. And for everyone else here. The elderly who live here still know the time under Saddam. And that under the Iraqi government. And under ISIS. Throughout their lives they have not been able to enjoy the freedom that is normal for us. A few children stand 50 meters further and watch me. I wonder what will become of them. Are they going to grow up here and say „I’m becoming a democrat, social and building my country up with my friends„? Or will they say to themselves „Fuck it, everything is broken here anyway„. So, what’s the exit strategy for this place in the world? What should it look like in ten years? Probably exactly the same. Let’s see who wages war here again.

We keep going. „This is the mosque of the former ISIS-Boss Baghdadi. His security service sat across the street.” As far as I know, the house is mined and in danger of collapse. But the information situation is rather thin. A man working across the street shakes his head. „No mines! Just rumors! Everything safe! “ Should you put your life in the hands of a 70-year-old Iraqi man you just met on the sidewalk and with whom you can only exchange a few words of English? Why not. I have had worse sources.

There are no more doors and windows left. There is rubble and dirt in what I consider to be the entrance. Behind it is a couch. When you sit there, you can survey the entrance. It is reasonably clean, looks used. Usually this building is inaccessible and the guards are sitting there, I am told. Broken stairs are becoming the norm above. You can walk up to the collapsed roof. Not very trustworthy, but it works. From the roof you can see the destroyed mosque. In the other direction, a glimpse into a back yard, in which three bent and rusted car wrecks lie. That could have been bombs in motion (SVBIED). I look into hundreds or thousands of windows all over the area. The only Western person far and wide. Maybe I should have put on a bulletproof vest after all. All the equipment is in my car. But I wanted to attract as little attention as possible – if that’s possible here. I also think about whether you are allowed to go to Mosul with a rental car. The view of the destroyed courtyard is like a photo. Nothing is moving. A dystopian still life. In the building itself there are still packaged, self-printed and pirated DVDs of Hollywood films, some VHS tapes and a whole room full of sewing machines. In front of it are mannequins. There was probably a tailoring shop in the rooms beforehand.

By a window, Elisabeth Habel has discovered a teddy bear. She came to Mosul with me after I assured her that we would not die. Probably. You don’t endure here without gallows humor. The teddy bear in the ruined house reminds me of a picture of a doll sitting lonely by the window in Chernobyl. I can’t help but wonder what happened to the children. Killed in an airstrike? Killed by ISIS? Killed during the liberation of Mosul? Or were they lucky? Does it still have a family? Things you shouldn’t ask yourself if you don’t want to know the answer.

No matter where you look: you see sad, petrified faces. People who are in doubt. Children who don’t play. It is like an end-time movie that has come to life. No future. Even the NGOs that have helped here so far have problems coming here. American fighter planes and drones keep flying over the city. It is loud, it smells of exhaust fumes.

The rest of the city is somehow on the move, but not alive. After all, there are no more dead people lying around. There is electricity. Food is ready. But above all there is suffering. I am told that I have to leave town before it gets dark. Then it can get „more difficult“. On the way out I feel relieved and happy that my parents fell in love in the right country and that I have the right passport. It allows me to be back to the Erbil Book Cafe in just an hour, where I go through the photos and eat pancakes with bananas and nutella.
We watch others suffer while we could help. None of this makes sense.

Translated from the German Version by Kristof Kietzmann. 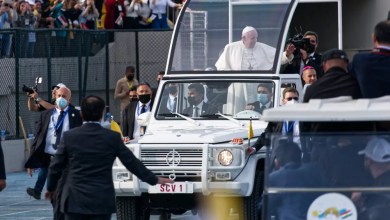 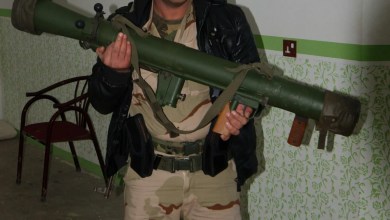 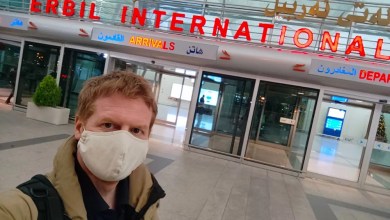 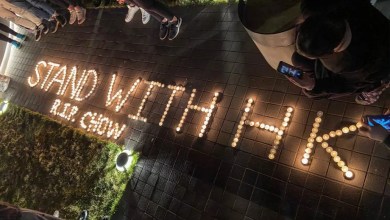